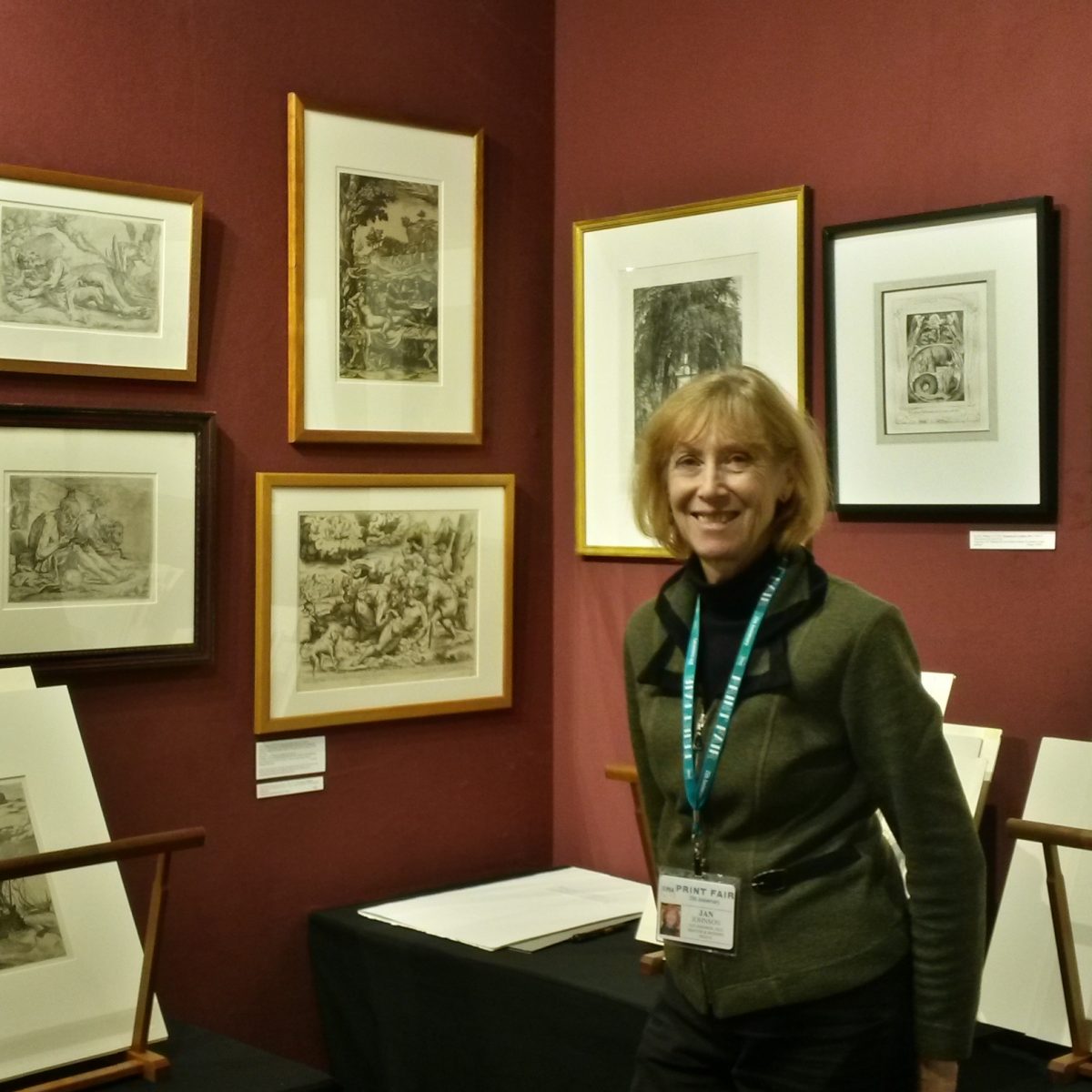 Jan Johnson, Old Master & Modern Prints, Inc.
Jan Johnson, Old Master & Modern Prints was founded in London in 1979 after nine years of research and work in the field, transferred three years later to Montreal, Quebec, and is now based in a historic town on the Richelieu River. We are happy to receive interested collectors by appointment, and we expand our circle of print acquaintances through annual print fairs, largely in the United States. Our large inventory covers the late 15th Century to the early 20th, but the Old Masters, the major names or the quirky minor ones, are our first love. We are also one of the few businesses offering early 20th Century Canadian printmakers. Our clients include both beginning and experienced collectors, as well as major museums in Europe and North America.
This user account status is Approved
About About
Contact Info Contact Info
Publications Publications

Old Master, 18th and 19th Century, Modern (1900-1950), Appraisals
Three Significant Quebec Etchers of the early 20th Century
An introduction to the work of Clarence Gagnon, Henry Ivan Neilson and Herbert Raine, all producing important bodies of prints in the first decades of the 20th Century.
View

Claude Gellée, called le Lorrain
Le bouvier (The cowherd)
1636
131 x 202mm.
Etching and roulette
Third state B of six
Kennedy Galleries; P & D Colnaghi
Russell 27; Mannocci 18, third state B of six, with the number 4 in the left margin as in A, but with a few short, curved scratches in the top right corner of the sky. A fine, nuanced impression. According to both Russell and Mannocci, this is a life-time state. Generally considered Claude’s masterpiece in etching, this plate is one of the most important and influential landscape prints of the 17th Century. "Its transparency and gradation have never been surpassed”. (P.G. Hamerton)

Giorgio Ghisi
The Visitation
1540-50
322 x 502mm.
Engraving
Fourth state of six, with the name of Lafreri erased but before that of Rossi, or later Losi.
Unidentified (Lugt 896); Somerville & Simpson 1970’s; Dr.Eric Stanley
After Francesco Salviati. Lewis, Lewis and Boorsch 10. Watermark: Pilgrim in circle with star (L, L & B 55; Briquet 7578). A fine, three-dimensional impression.

Jan Verkolje
A Spaniel leaping to the left
1684
123 x 155mm.
Mezzotint
Second state of two with the artist’s inscription and date. A fine impression. Of the utmost rarity.
P & D Colnaghi
Hollstein 19. Jan Verkolje was a painter who trained under Jan Lievens, as well as making a small body of mezzotint engravings during the first decades after the invention of the technique around 1642, possibly under the influence of Abraham Blooteling. It is not certain whether Verkolje spent some years in England as many of the early Dutch mezzotinters did, greatly popularizing the medium there. Walpole cited him among the engravers published by A. Browne. As a painter he was not an animalier, but spaniels appear repeatedly in his indoor settings, as well as in a hunting portrait. Besides the leaping spaniel, he also mezzotinted a Sleeping Spaniel and a Spaniel crouching to the right, neither dated but presumed to be within the same time span.