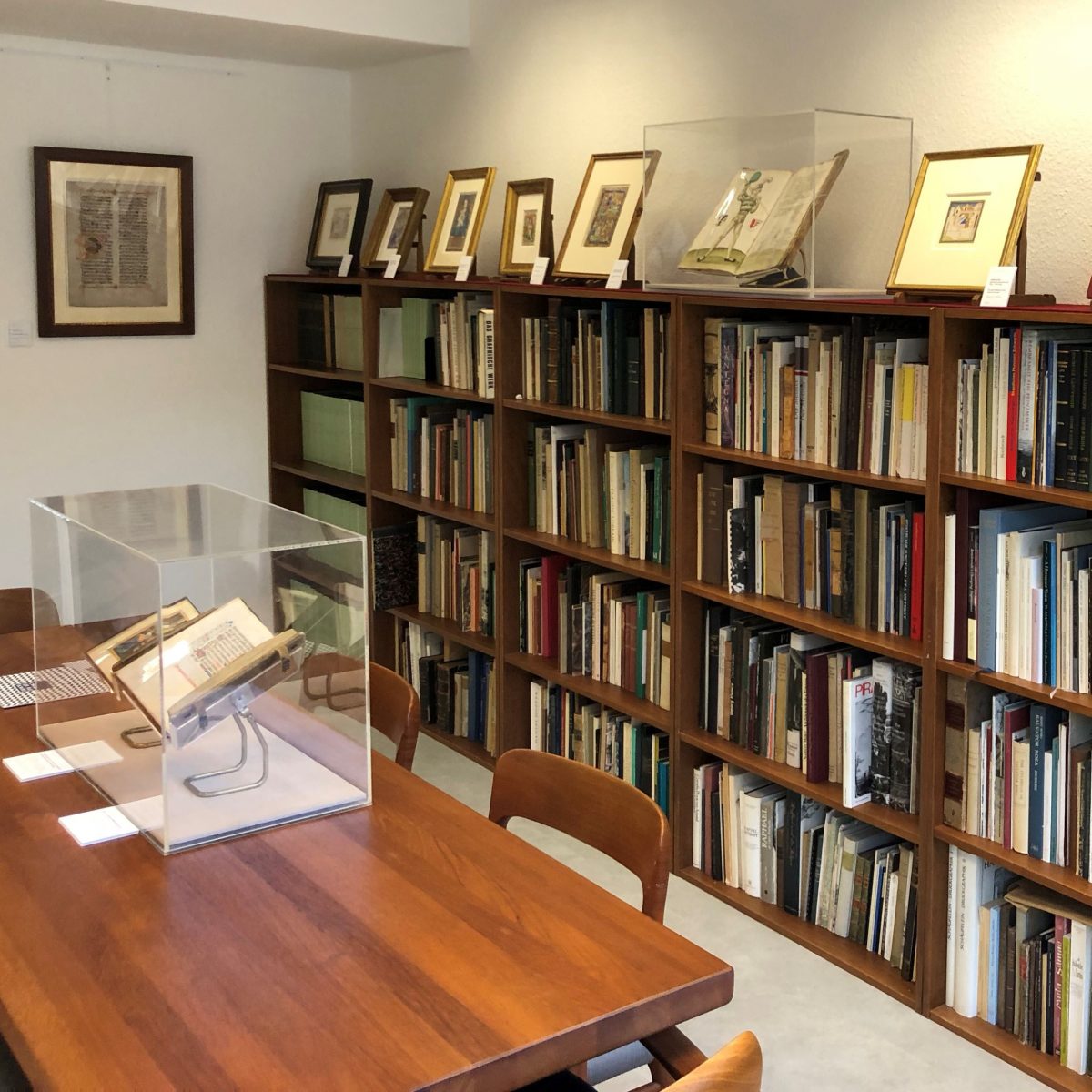 DANIEL HOPFER (ca. 1470 Kaufbeuren - Augsburg 1536)
Martin Luther (after LUCAS CRANACH)
1523
229 × 156 mm
etching
Bartsch 86; Hollstein 96 first state (of two); Metzger 102 first issue (of four)
John Postle Heseltine, London (Lugt 1508) C.G. Boerner, Neue Lagerliste 75 (1981), no. 7 (our stock no. 10339)
An exceptionally fine early impression printed in Hopfer’s studio. It predates the issues of the plate printed by Kilian in the early seventeenth century and shows no signs of wear (the corrosion marks appear on the plate early on and caught ink in this impression due to its generous inking. Hopfer based his print on Cranach’s engraving from 1521 (Hollstein 8) which in its early state has a blank background that gets shaded with parallel horizontal lines in a second state. The background in Hopfer’s print shows rays emanating from the head of the reformer in a halo-like manner. This way, Cranach’s depiction of the reformer in classical manner showing his bust in strict profile becomes a quasi-devotional image. A similar transformation was created by Hans Baldung who based his woodcut of 1521 (Hollstein 270) on Cranach’s two engraving that show Luther as a bare-headed monk (Hollstein 6 and 7). In Baldung’s woodcut Luther holds a book and is surmounted by the dove of Holy Spirit with rays of light emanating from both of them.

DAVID LUCAS (1802 Northamptonshire - Fulham 1881)
Salisbury Cathedral. From the Meadows (after JOHN CONSTABLE)
610 × 713 mm
mezzotint with etching, stipple, and roulette work on wove paper
Wedmore 50; Shirley 39 progress proof between d and e (of f); Lennox-Boyd/Stogdon seventh state (of twelve)
Hon. Christopher Lennox-Boyd (d. 2012; his inventory no. P38589)
The impression is inscribed along the left margin by Algernon Graves, the son Henry Graves, the print’s publisher: “The finest impression I have ever seen it was the copy selected by Constable to show to Hodgson and Graves ” and “A great beauty”. Another inscription in the right margin is by a different hand: “This was the specimen impression shown to the publishers when offered to them for sale by Lucas.”

ANTON WÜRTH (b. 1957)
Essay on Runge: Small Night
2019
engraving on Gampi paper
Würth’s latest dialogue with an historic artist has been with the German artist Philipp Otto Runge (1777–1810) and his monumental, albeit enigmatic, print cycle The Times of Day. In Runge, Anton recognized a kindred spirit. Both make art that resists being easily consumed. Furthermore, Runge’s reliance on ornamental forms resonated with his own concept of the Ornamental. His Essay on Runge series adapts the old master’s dichotomy between frame and center. Yet whereas Runge remains recognizable in the framework of each of Würth’s four prints, the central images are entirely his own. The one exception here is the bold motif of a three-fingered plant that derives from David Hockney’s 1964 painting Man in Shower in Beverly Hills (Tate Modern, London). Reminiscent of a backlight silhouette caused by the rising sun, the plant offered itself as metaphor for Morning, the first of the four prints, and enabled Würth to ultimately break away from the hold Runge’s imagery had over him. Only then was he able to organize the interior compositions in his very own visual language. Runge’s pared-down linework is echoed in the whimsy of Würth’s prints, a lightness that hides not only the intellectual complexity of his work and but also the intensive research, meticulous planning, and painstaking execution that goes into them. In recent years, Würth’s choice of paper has also begun to play an increasingly larger role, most notably after his encounter with the Japanese gampi paper that Rembrandt’s often used for his later prints. The Essay on Runge engravings are printed on a subtly ivory-toned 8 monme Echizen Ganpi that the artist, who makes regular trips to Japan, usually brings back from Tokyo himself. The finished prints are anything but flashy. As Faye Hirsch had observed some years ago when reviewing another print cycle by the artist: “The time he spends on each of his projects seems generously to be transmitted to us viewers caught in the rush of technology and spectacle, and we luxuriate in the pause he invariably offers.”