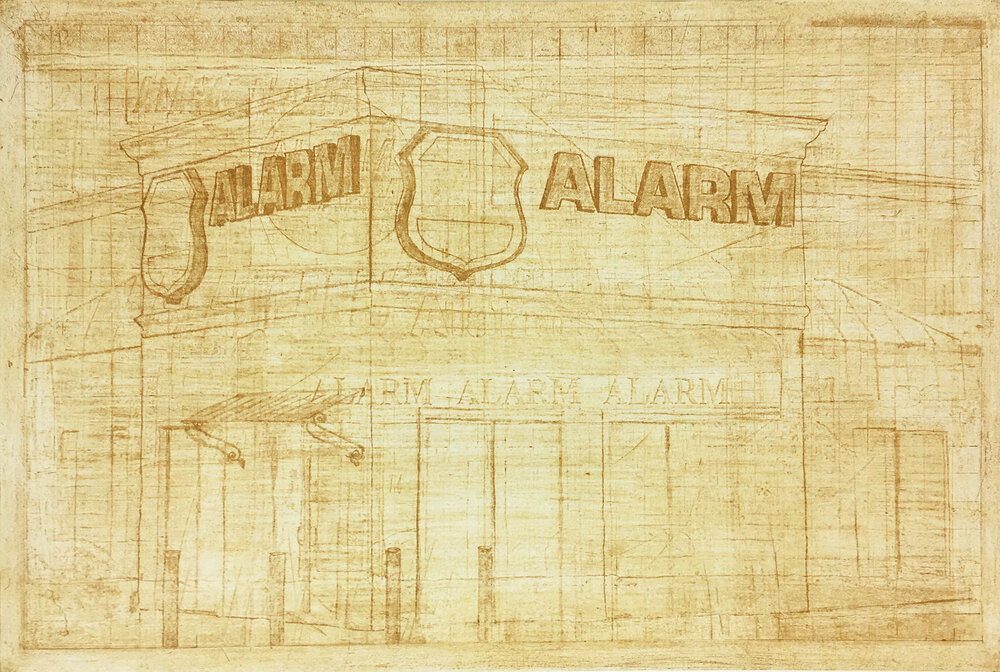 From the artist:
Alarm Alarm is a series of progressive etchings that started with the exterior of a building not far from my home. The text on the side of the building says ‘Alarm Products’ in big bold blue letters. The first etching in this series is simply a remaking of that façade with Alarm stated twice. The doubling of alarm is like a second call after the first hasn’t been heeded.

I then sought out other alarm and security companies across the country via Google Maps that had ‘Alarm’ in the name of their business. In my drawing and etching of these buildings and their signage, I continued the double alarm, even tripling it in one instance.

I hope the collected series of alarms encourages us all to consider what we are ignoring while also questioning our relationship to security.