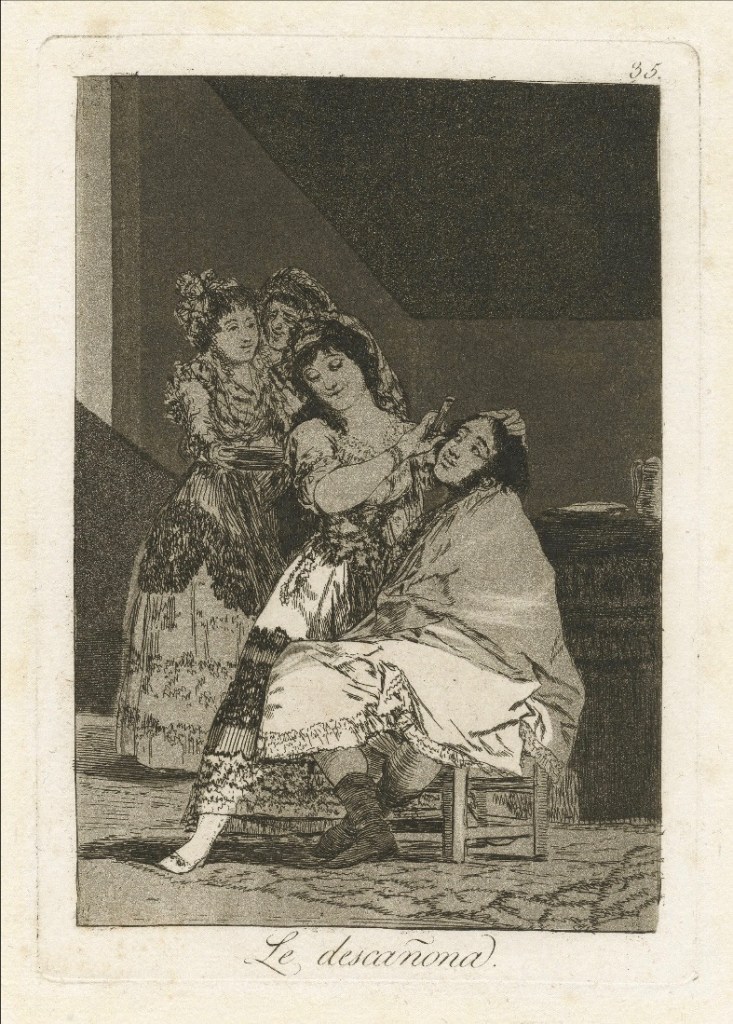 Goya’s seminal series, Los Caprichos, is a visual condemnation of the follies and foolishness of the 18th century Spanish society in which he lived. Comprising 80 etchings, Los Caprichos wittily criticizes wide-ranging dangers including superstition, ignorance, and irrationality. Though inspired by his own society, Goya’s prints expose humanity’s universal failings, revealing the tendency of all cultural movements to give way to fascism and inequity. Our new online exhibition Goya: Prints from Los Caprichos presents works from this visionary series, including several etchings from the coveted first edition of 1799.

The exhibition is timed to coincide with the upcoming display of contemporary artist Emily Lombardo’s The Caprichos at Monserrat College of Art (January 25 through May 15, 2021). Lombardo’s prints are in direct conversation and homage to Goya’s Los Caprichos, exploring the foibles and follies of our modern era, while also highlighting the timelessness of the original work.