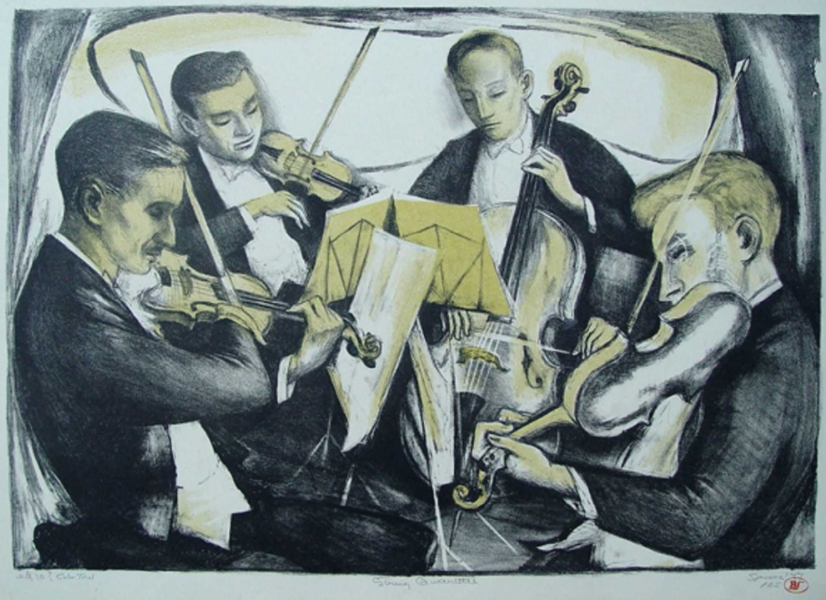 After seventy-six years at 169 Newbury Street, Childs Gallery will be transitioning to a new space across the street at 168 Newbury. We will remain at our current address until the beginning of next year, when we will fully transition into our new location.  Despite our many years at 169, this isn’t the gallery’s first move – when Charles Childs founded his eponymous gallery in 1937, it was originally located at 171 Newbury  Street, and moved to its current location in 1944.

Maintaining our long-term presence on one of Boston’s best-known streets, conveniently on the same block, we will remain easily accessible to our artists and clients. We will be operating as normal, with a full schedule of exhibitions during the relocation process.

Time Capsule: Art of the Forties is planned as one of Childs Gallery’s last exhibitions at its 169 Newbury Street location. Looking forward to the gallery’s next chapter has inspired us to reflect on the past. With Time Capsule we take a look back at the decade that saw the gallery’s last change of address: the 1940s.

Much like the present moment, the 1940s was not only a time of physical transition for Childs Gallery, it was also a turbulent decade that in many respects reshaped the globe. The period was truly one of transition for the art world – the decade witnessed the shifting ascendancy of movements ranging from American Regionalism and Social Realism to Modern Abstraction and Abstract Expressionism.  Regionalism and Social Realism dominated American art during the 1930s and early 1940s, highlighting social concerns and aspects of traditional American life. During, and in the wake of World War II,  refugee artists arriving in the United States helped to usher in Modern Abstraction. By the end of WWII, the American art scene had begun to change dramatically. The decade served as an incubating period between pre-war avant-garde movements and such breakthrough movements as Abstract Expressionism.

Time Capsule: Art of the Forties provides a snapshot of a decade of transition in American art.  Drawn from Childs Gallery’s holdings, the exhibition includes paintings, drawings, and prints of the period and includes examples of Regionalism, Social Realism, Abstraction, and  Expressionism. The exhibition also features work by many of the gallery’s longest represented artists who were working during the decade, such as Herbert Barnett, Jason Berger, Henry Botkin, Bernard Brussel-Smith, Donald De Lue, Molly Luce, Ben Norris, Anne Powers, and Dudley Vaill Talcott.