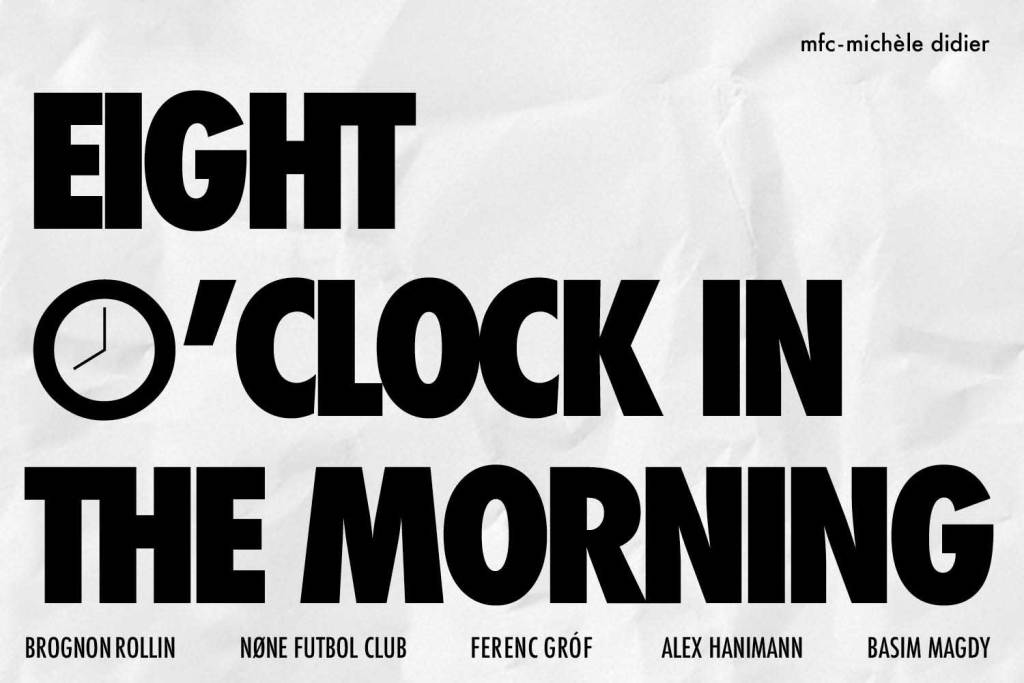 «At the end of the show the hypnotist told his subjects, “Awake.” Something unusual happened.»
-Ray Nelson, Eight O’Clock in the Morning, 1963

The exhibition takes its title from Ray Nelson’s novel that served as the basis for the adaptation of John Carpenter’s movie They live. Based on a principle of altered perception, the main character discovers reality in a new way following a hypnosis session, revealing a world and its inhabitants that were hidden until his “awakening”.

The project gathers 5 artists or duos whose works could be tied to a kind of relativity, by producing or enhancing the distance between an object and its perception, a reality and the way it is perceived. If the reality can be defined as the whole of the perceived or existing phenomena, these are subjected to the interpretation of the subject, but also to anagogical or scientific or social practices trying to circumscribe them, or to re-interpret them continuously.

The works presented could be perceived according to different approaches, questioning this gap between the object, its reading or its commentary, at the same time historical, semantic or linguistic, while allowing a more speculative framework of divination or intuition, of re-enactment or as science-fiction or speculative realism.

Most of the works articulate an ambivalent or polysemic relationship between text and image, each of which can appear as a form of metadata of each other, in the same way a caption or a subtitle do.