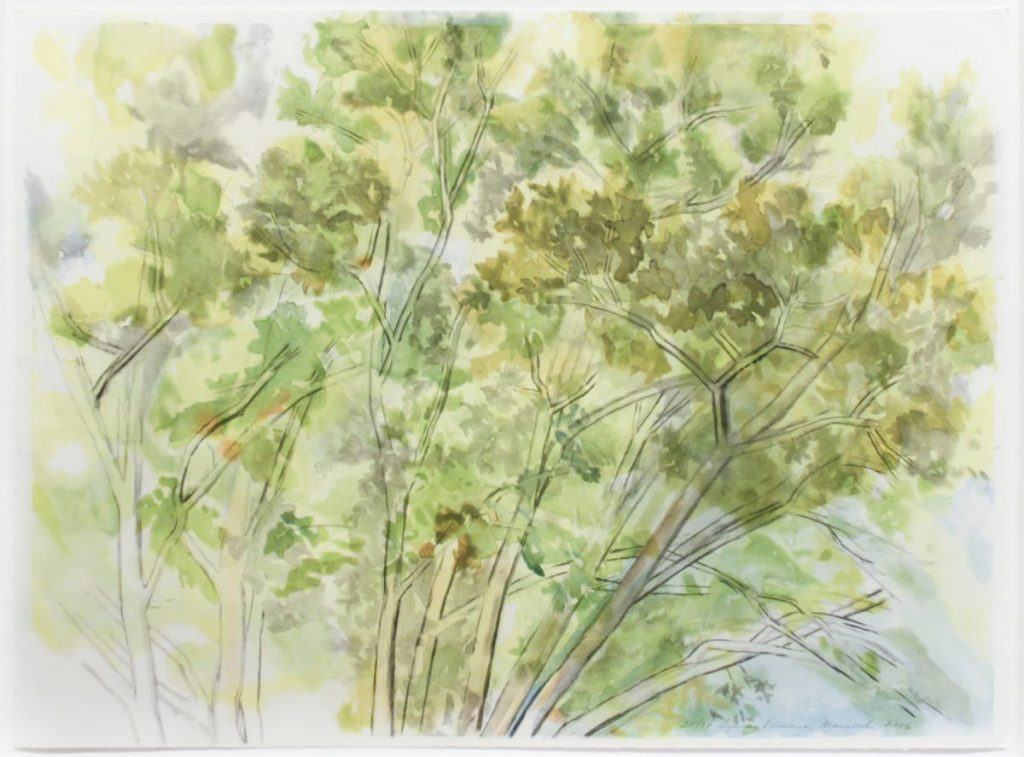 Sylvia Plimack Mangold is an American painter and teacher.  She was born in 1938 in New York City and studied at Yale after receiving a certificate from the Cooper Union. She began exhibiting her paintings in the late 1960s. In the 1980s the primary focus of her work became landscapes of the Hudson River Valley, where she lives.

A 1993 retrospective of her works on paper traveled to six university art museums. Plimack Mangold has been included in many group exhibitions, including WACK! Art and the Feminist Revolution, the Museum of Contemporary Art, Los Angeles, and Building and Breaking the Grid: 1962-2002, Whitney Museum of American Art, as well as shows at the Museum of Modern Art, the Yale University Art Gallery, and the Annamarie Verna Galerie, Zurich.